Thank you for your patience while we retrieve your images.

In the early 1900's, most of New York's lake communities boasted an amusement park. These parks were often simply collections of independently owned and operated rides and concessions that sprung up around resort hotels to provide additional entertainment to vacationing families. Over the course of the 20th century, these parks were subjected to various economic pressures, such as the advent of the automobile, which allowed people to travel to more distant resorts.

Sylvan Beach Amusement Park was not immune to these pressures and has reinvented itself multiple times since it was first established in 1895. Today, Sylvan Beach is the last of what were once dozens of lakeside amusement parks in central New York. The park continues to delight visitors, especially the children, who return every year to measure themselves against the minimum height signs on the rides, and vintage ride aficionados, who delight in Laffland, one of the best preserved vintage dark rides in the United States.

The images in this Folio were taken in early May 2015, as the park was being prepared for its season opener on Memorial Day weekend. 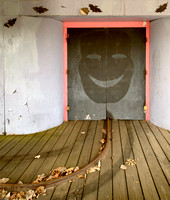 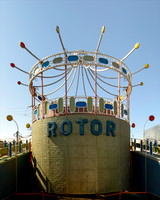