Thank you for your patience while we retrieve your images.

Oppen’s Tourist Court is a beautiful example of the roadside lodgings that proliferated along America’s highways during the middle of the 20th century.
These roadside cabins offered accommodations that were a step up from camping, but not as formal as the downtown hotel. Oppen’s offered the weary motorist a choice of 4 cabins, complete with cooking facilities and indoor plumbing.
Alternatively, there was also space to park campers for the night, if that was one’s preferred mode of travel. Oppen’s ceased operating in 1984; these images were made in the Summer of 2014, with permission of the Oppen family who generously provided unrestricted access to these historic cabins.
© Dorothea Eiben 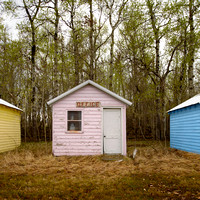 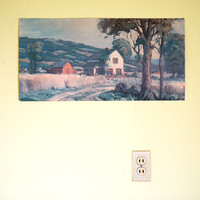